The rain held off, the kilts were swinging and by 8 AM Scotland the Brave rang through the park. 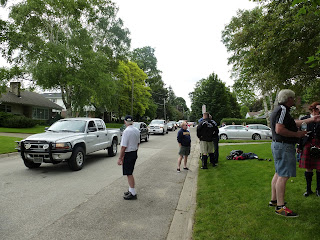 A traffic jam before the opening pibroch. 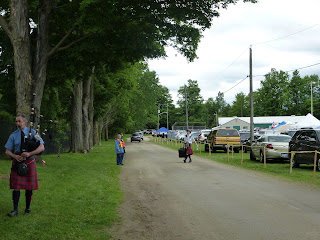 The track became a thorough fare. 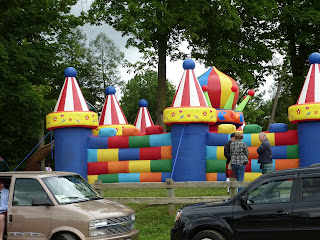 The bouncy castle was not encouraged for those going regimental. 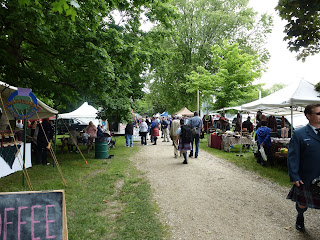 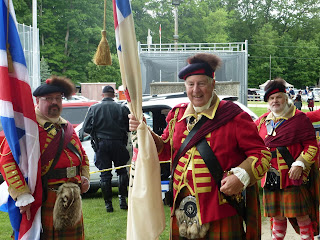 The escort party of The 78th Fraser Highlanders from 1780. 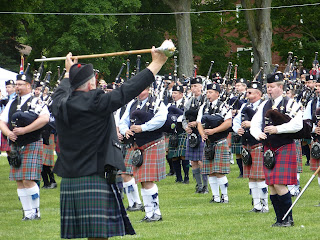 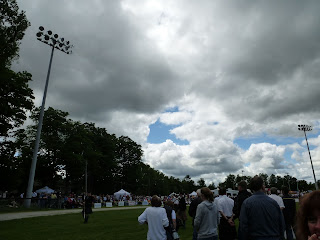 The sky was ordered from Scotland, especially. 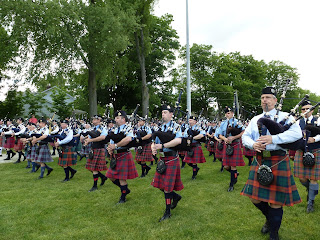 Guess how many of the 34 bands went regimental .